Hariyana Handloom is famous for Retailer of khadi yarn in Delhi.

We, Mayank International are counted amongst one of the renowne

We, Anr International Enterprises are counted amongst one of th

Manufacturers employ a lot of skilled workers to produce Khadi yarn. Also these manufacturers from Delhi, Delhi sells this yarn at the low price. Khadi is increasingly becoming popular in India and elsewhere. There is evidence to believe that Romans used to import large supplies of Khadi muslin from Bengal. Khadi yarn, today, comes in various colours as well. The standard packaging of Khadi yarns is done in cones of 0, 10, 15, 20, 33, 40, 56, 70, 80, 100 as well as 200. The length of Khadi yarn is short, almost always being less than 50 meters. Find names and addresses of manufacturers from Delhi, Delhi of Khadi yarn on Textile Infomedia and get competitive price deals from them. Khadi yarn is used to make salwar suits, kurtis for women, kurta for men, pajama etc. and they are very popular as well among the masses. 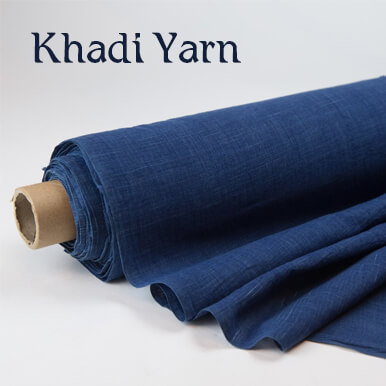